Have you ever considered doing business in Japan? The Japanese economy, characterized by hard work and focus, is known as one of the strongest in the world, so it is not uncommon that it offers, among other things, countless business opportunities for all companies looking for an opportunity for their growth and expansion.

It will take you approximately 7 minutes to read the article.

Why choose to do business in Japan?

Japan has become home to all the popular brands and market giants such as Apple, BMW, Mercedes-Benz, Chanel, Louis Vuitton, Tiffany & Co. and many others, so we should rather ask a question: ‘Why not?’ All of these brands have occupied, and still occupy, a large share of the Japanese economy, which certainly would not have happened if Japan had not been considered a profitable country.

So, Japan offers you a variety of opportunities and has a number of resources that every company needs to do business successfully. All you need to do is think carefully and find the best idea for doing business in Japan. 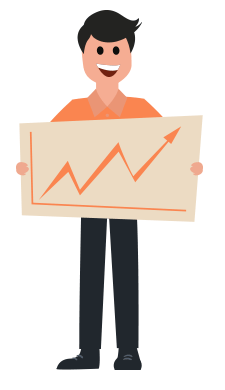 It is easy to do business in Japan

Japan is a great location for all foreign companies and enjoys global recognition, with the simplicity with which you can set up and run your own business. According to the World Bank, Japan ranks 39th out of 190 world economies, which indicates Japan’s consistently high position, especially in terms of ease of doing business.

When it comes to innovation and technology, Japan is certainly one of the leading countries in the world. The Ministry of Technology and Industry (METI) emphasizes Japan’s remarkable research and development progress and its well-structured business policy as major factors in favour of why the Japanese economy is good for many companies, while also being protected by a well-thought-out intellectual property rights.

The Japanese business world also successfully competes with its Asian and Western business circles, so you will easily find your customer base as the consumer market is very wide.

Why to establish a company in Japan?

The Japanese economy ranks second in the world in terms of gross domestic product (GDP) and is also the fourth largest in purchasing power parity (PPP). Japan has the best electronics industry in the world and ranks third in the automotive industry, so there is no doubt that there are a variety of business opportunities in Japan.

If you decide to set up a business in Japan, it certainly has its challenges, but if you equip yourself with the right information beforehand, it will be much easier, and the business will be all the more successful and stress-free.

Before you start doing business in Japan and establish a company, make sure you communicate your intentions to the appropriate authorities. Among the most important are the Legal Affairs Office of the Ministry of Justice, the Labour Standards Inspection Office, the Japan Pension Service, and the Public Employment Security Office. Once you have met with all the mentioned offices and filled in the necessary documentation, you will be able to start your profitable business.

If you also need a building permit for your company, you need to contact the competent authorities and services.

The same goes for property registration and obtaining electricity for your business. Please note that in order to register any property in Japan, certain procedures need to be followed, such as paying a fee, paying tax on the purchase of the property, etc.

The power supply is managed by Tokyo Electric Power, where you submit an application and agree on a date for your building to be connected to the electricity network. Please note that these procedures take an average of 105 days, so start them in a timely manner.

What type of business will you choose?

When deciding to set up a company in Japan, on the one hand, you need to think carefully about how best to fill a business niche in the broad Japanese market, and on the other hand, to pay as much attention as possible to the nature of the company.

In Japan, the entire economy is based on many innovations, offering start-ups a wide range of opportunities in finance, automotive, pharmaceuticals, computing, high-tech products and products such as optical elements, hybrid vehicles and robotics. With little or no government barriers, you will be able to do business in various sectors of the economy in Japan as long as you don’t break any rules.

Some ideas for a successful business in Japan

As a foreigner, you can start any industry in Japan, but some of them are especially promising and are especially widespread among foreign companies, as they can bring you a lot of success and with a certain degree of stubbornness, also a lot of profit.

Japan is known for finding many products in this country that you can easily access and then sell elsewhere, making a significant profit. You will also be able to make a profit by selling imported products, as Japan has a very large consumer market. Exporting is much easier for foreigners, whether it’s food, clothing, cars, goods, or even machinery.

If you decide to open a restaurant in Japan, this is definitely a good choice. With more than 120 million people working from morning to night and often not eating at home, Japan presents a great opportunity for a successful restaurant. All you have to do is find the right location that is crowded enough and get in touch with the relevant authorities. You can be helped by certain examples from practice that you can take into consideration, such as various food stores, American burgers, British inns, Indian restaurants that are already doing business successfully in big cities in Japan.

Starting a 3D printing business is a great idea in Japan as it will allow you to integrate into the fast growing technology industry. Since 3D printing services also involve the production of various prototypes, there is no doubt that the company would not operate successfully in the Japanese market, which is known for its innovations. 3D printing offers a very wide range of services, such as selective laser sintering (SLS), modelling with ‘soaked fusion’ (FDM), stereolithography and much more, which ensures a profitable business.

Sometimes it is necessary to have some knowledge to start a business in order to gain an appropriate share in the profitable Japanese market. If you own an animation studio, this will provide animated media services, such as videos. More and more Japanese companies are asking for these types of services to help them advertise on social media and other channels, so there is no doubt that they will get a lot of offers.

All of these industries that we mentioned are not big investments, but you can develop gradually and slowly, and gain an increasing market share in the Japanese economy. However, if you want ambitious deals, then there are other options:

For the first business steps in Japan, find a good translation agency

In addition to all of the above-mentioned, there are also many business opportunities in the areas of information and technology, energy, pharmacy, retail, real estate, agriculture and even jewelry. It is essential that you think carefully about your capabilities and budget and in this way find the most suitable business for you.

Keep in mind, however, that not knowing the language can also be a big obstacle when doing business in Japan. A good translation agency can be of great help in this, as it will professionally guide you through the entire documentation and support you in your first business steps in Japan. With its translation services, the agency will not only help you to set up a company, but also to establish contact with new business partners, which is a precondition for successful business. 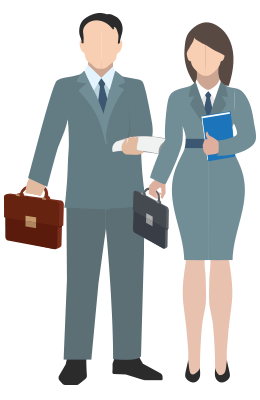